Teaching Arabic calligraphy is a vital issue to me, and I used to organise and give many workshops to teach that Art and spreading its splendours, especially when I connect it with design and Arabic visual culture. But in this time, I had the privilege to teach young kids from Syria, who moved with their families to Istanbul after the war crises in their home country.

I’ve conducted two workshops, the first one was in elementary school for Syrian students in Beylikdüzü district west of Istanbul, for around 12 students from different age groups. Then the second workshop that took place in the 16th century historic library of the Yavuz Sultan Salim Mosque in the heart of old Istanbul-ian neighbourhood; at Fatih district.

Anyway, the place it self was a total surprise for me.. I was told that I’ll teach kids in a mosque.. I couldn’t believe that the mosque would be a 500 years old building!

Though I insisted to give those workshops using the traditional calligraphy tools; which might be difficult for young kids — but the results of both workshops were magnificent! the students were so interacted with the tools and letters, they challenged their selves to improve the way they write, and in the end; they produced a beautiful artworks they were proud of. It was a great experience for me and for the kids as well, even their parents were so happy for their children efforts to learn such a joyful and  cultural/visual art. Please enjoy looking at photos from the workshops down here. 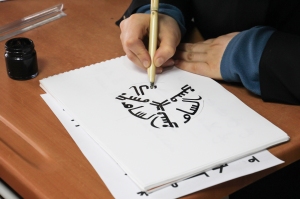 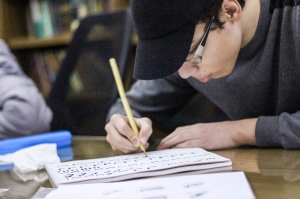 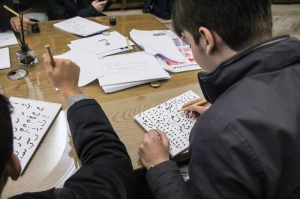 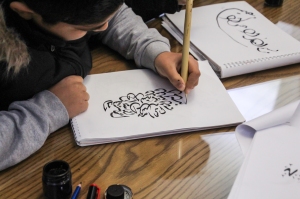 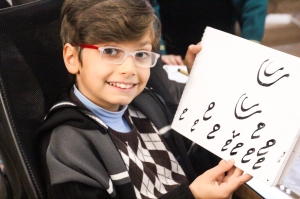 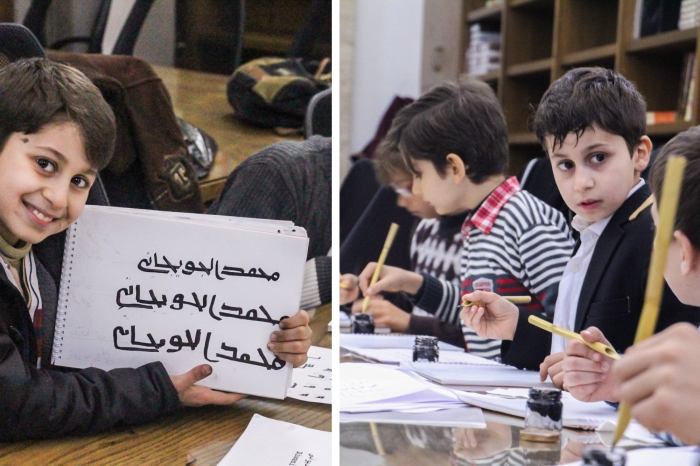